For the rest of the week, we’ll be picking the players, coaches and teams most likely to do some big things, or, well, bad things for the upcoming season. We’ll start today with four individuals poised for big seasons.

Most Likely to Win National Player of the Year: 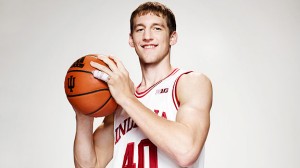 Cody Zeller: Easy answer, right? He’s being heralded as the best player in the nation on the best team in the nation. As someone who grew up in southern Indiana watching and reading about all three Zeller brothers, I’m pretty excited to see what Cody is capable of this year. Simply put, he can do it all. With freshman year averages of 15.6 points per game, 6.6 rebounds and a 62 percent field goal percentage, Zeller helped bring an IU team back from the dead into one of the top 10 teams in the nation. He also averaged over a steal and a block each time out. The Hoosiers have a really deep team this year, but I still anticipate Zeller getting more touches this year. Last season he only had 11 games with more than 10 field goal attempts. This is Zeller’s award to lose, as expectations are as high as they’ve been in over 20 years in Bloomington. Creighton’s Doug McDermott and Murray State’s Isaiah Canaan are the two guys that could challenge Zeller the most.

Most Likely to Lead the Nation in Scoring:

Doug McDermott: One of the guys that could possibly give Zeller a run for his money for PoY, McDermott can flat out score. Averaging 22.9 points per game last year for Creighton, good for third in the nation, McDermott did so shooting a staggering 60 percent from the field. Plenty of people shoot 60 percent, but very few of them are also deadly 3-point shooters. The Creighton sharpshooter connected on 49 percent of his three’s last season, making 1.5 a game. Word is he’s improved his shot off the dribble, so the Missouri Valley better be on the lookout now more than ever.

Most Likely to Lead The Nation in 3-pointers:

Brady Heslip: With apologies to Indiana’s Jordan Hulls and Butler’s Rotnei Clarke, I just can’t get Heslip’s performance from last year’s NCAA Tournament for Baylor out of my head. In a second-round game against Colorado, he made nine threes and scored 27 points. For the year he made 100 of them. All this kid does is shoot three’s, but why fault him when he makes 44 percent of them? He made 2.6 three’s per contest, and only 0.6 two-point field goals. Something tells me the folks down in Waco don’t mind, though.

Most Likely to Lead the Nation in Rebounding:

Andre Roberson: Fifth in the nation in rebounding last year, I think this Colorado big man has the tools to finish out on top for 2012-13. Last season he averaged 11.1 rebounds per game, grabbing down double figure boards 26 times. He helped Colorado upset UNLV in the  first round of the NCAA Tournament last year, hauling down 16 rebounds to go with 12 points.